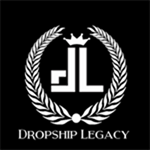 I know, it sounds crazy to be able to create a online store and be selling the next day. But hey! The Huffington Post Article Did it too! Got my social media accounts setup, and decided to begin my legendary conquest of breaking 12k. To achieve this, I decided to focus my efforts on one particular social media channel.

My plan of attack was to direct message and email relevant instagram influencers or fan pages and get them to join me. And by join me, I mean to become part of my “sales team” aka affiliate marketing. Luckily, the shopify app store has several options for integrating an affiliate program with your store. You can then setup your own terms and commission structure. I chose to go with affiliatly, I’m not really sure why I chose them in the first place, but it seemed like the right choice at the time, probably cause they have a 30 day free trial. Yup, still ZERO invested at this point and I’m still using them.

So all I had to do, was to simply get influencers or fan pages to sign up to my affiliate program. Not hard right? Well, not exactly easy, as it was time consuming and faced plenty of rejection. At this point in time, I refused to do any upfront paid shoutouts, I wanted these people to prove their worth, plus they had an opportunity to earn more than they would have with one paid shoutout. My loss is their gain right? But… doing this ensured that I did not incur any risk.

Fast forward to halfway through the month, I had already conquered the 12k mark and pushed through to my first 4k in sales in one day. Oh, and I was at Electric Daisy Carnival in Las Vegas for 5 days (for those that don’t know, it’s arguably the largest music festival in the western hemisphere) . So yeah, I was busy dancing at that time. But I still had to process orders on Oberlo during my downtime in the hotel (I did not have a VA (Virtual Assistant) at the time).

And after returning, I resumed my conquest to now reach an extended goal of 60k in sales. Again, rinse and repeat baby!

By the end of the month, I had gone crazy, sure I was happy that my experiment went amazingly well, but there had to be a way to automate some of this. I decided to go out to upwork.com and find myself a VA. I happened to strike gold with a VA that had previous experience using shopify, oberlo, customer support, and well… just everything I needed help with at that time. By the next day, she was handling all those tasks that I did not want to do like a boss so I could simply focus on IG marketing.

Then I thought to myself, this method would suck to scale higher. I was doing this experiment to free myself from a 9-5 forever, not put myself back into one. Luckily, I happened to watch a webinar that gave enough gold without buying into a course that was several thousand dollars at the time which covered Facebook ads. I took the knowledge that I learned from that webinar and decided to apply it to my business. Fortunately, I was smart enough to install the magical Facebook Pixel when I originally setup my store. Meaning: this whole time, Facebook was picking up intelligence on my visitors and customers. My theory at the time was that I could simply apply what I learned on the webinar to my store, and I should be able to scale

July 2016 was going to be an exciting month, and perhaps one of my favorite month’s to date just because of how much I learned. With my trusty VA by my side, I could focus on learning the in’s and outs of Facebook ads, and adding new products to test. So without hesitation, I set a lofty goal to DOUBLE my sales from last month’s 60k. The fact is, I surprised myself the last month, so I figured if I kept the same mindset, I could achieve 120k. Besides, the Oberlo blog had a story about a guy who achieved 1 million in sales in 8 months.

Time to put my theory to the test…

And long story short, it worked!

And I did it much more freely than the previous month. I achieved FREEDOM from the 9-5. The lifestyle people dream of. Especially cause I got very few responsibilities. No house, no tie downs, just a girlfriend and small little doggy.

I traveled around the US for fun and enjoyed two consecutive weeks in New York City and Colorado while making money 24/7. It was during that time I achieved my first 10k (which was technically 11k) day in sales. It was surreal when I hit it, while watching the ocean waves in the harbor of NYC with my best friend on a summer night. It was quiet too, probably cause there were no poke stops at the edge, and by poke stops, I mean the Pokemon Go craze was at it’s peak during this time so everyone was out walking!

Halfway through the month, I had already conquered my 120k mark and decided to again have an extended goal. 200k seemed reasonable so I shot for that.

I then expanded my Facebook ads to target more countries one by one which worked so well that I ended up with 240k in sales to close out July 2016. And yes, this means I sell worldwide! Why limit yourself to just your own country?

So now having two “experiments” gone wildly successful, I figured, why not diversify some more by doing things that I know worked in the past for previous businesses? I then proceeded to add Pinterest traffic to the mix. Lucky for me, I was quick to automate this process which gave me OVER 200k backlinks by October. For those that don’t know what those are, they are url’s linking back to your website.

During this time, I also realized I was missing out on a large chunk of income that I was leaving on the table, that being email marketing.

I decided to finally send out my first email campaign with Mailchimp for this business. That went well despite not knowing what I was doing. I simply focused on image heavy emails with little text. After all, it’s easier to sell to customers that either opted in because they were interested, or existing customers. Hint: Your email box is a goldmine of examples!

In addition to all of that, it struck me one day to use multiple facebook fan pages to funnel into my main general store. Thankfully curating content and scheduling it all in advance was easy due to a tool I have used in the past for a previous business! Doing this engages your audience, builds your pages, and ultimately turns them into customers. Win win for everyone, give them fun content, and you get sales!

Then, it was all about how far could I scale this business! Was it a matter of just throwing more money at advertising? Kind of… sort of… it was about taking calculated risks, which thankfully with data available, was easy for me to do. This business turned me into a real data whore.

In addition to all of that, it struck me one day to use multiple facebook fan pages to funnel into my main general store. Thankfully curating content and scheduling it all in advance was easy due to a tool I have used in the past for a previous business! Doing this engages your audience, builds your pages, and ultimately turns them into customers. Win win for everyone, give them fun content, and you get sales!

Then, it was all about how far could I scale this business! Was it a matter of just throwing more money at advertising? Kind of… sort of… it was about taking calculated risks, which thankfully with data available, was easy for me to do. This business turned me into a real data whore.

Also during this phase, a lot of personal development took place during this time to reach an “illuminati level status of facebook advertising” Spoiler Alert: Facebook changes all the time so you have to adapt frequently. I researched and TESTED a lot to weed out what actually works for me and what doesn’t.

Then October rolled around, I hit my 1st million in Sales. I beat the guy in Oberlo article by 3 months. Take that! So what was next? Well, for whatever reason, enough is never enough when you are a goal setter. Not that I needed more money, I simply enjoyed the challenge at this point! So now I wanted to see if I could do it faster.

The rest as they say, was history and history has a tendency to repeat itself. Only, I intended for it to be faster! And as you may now realize, I had the Oberlo guy doubled by 8 months! Victory was mine to bask in with unlimited tacos.